I don’t like cake. I don’t like cake so much I requested a brownie tower for my birthday last year instead. (Which my lovely Aunt Carol delivered on, candles and all, because she’s awesome like that.)

Who said we have to have cake on our birthdays anyway? Is there a rule that a birthday isn’t really a birthday without a cake? Well I did my homework and while there’s no rule, it turns out there’s a lot more to birthday cake than fluff and frosting.

Birthday Celebrations Date Back to the Ancient Egyptians

Many scholars believe the first known recorded reference to a birthday celebration comes from the Bible’s Book of Genesis.

Some Egyptologists maintain that the reference is not to Pharaoh’s birthday as a man but rather to his coronation day and birth as a God. Personally, I agree with them.

The ancient Egyptians are credited with creating one of the first calendars known to mankind. The Bible passage most likely predates the first calendar and it’d be awfully hard to track birthdays without a calendar, don’t you think? The passage doesn’t say anything about recurring birthday celebrations so probably just a one and done type of party.

Secondly, the Greeks, whose ancient civilization is much younger than that of the ancient Egyptians, celebrated their Gods’ birthdays. I wonder where they got that idea? But Greece, ever the birthplace of enduring wisdom and delicious food, was the first to throw cakes and candles into the birthday party mix.

Greeks Are Responsible for the Cakes and Candles

Candles are a big part of Greek culture. Within the Greek Orthodox faith, smoke rising from a candle symbolizes the rising of one’s prayers to heaven. In ancient Greece people would pay tribute to the Gods by visiting temples and lighting candles in their honor. Artemis, the goddess of the moon and childbirth, was a particular favorite.

In ancient Greece women would make round cakes from dough, honey, and sesame seeds (sounds like a Greek dessert to me) and light them with candles to symbolize the moon and its shining light. They would then bring the cakes to Artemis’ temple in hopes of incurring the goddess’s protection throughout pregnancy and childbirth.

The other day I made a birthday cake for my father-in-law (who’s Greek). Before the party when I asked him what kind of cake he wanted all he said was, “A round one.” I thought it was silly at the time but maybe it wasn’t so silly after all. Leave it to Pappou (“Grandfather” in Greek and what we call my father-in-law,) to know more about ancient Greek symbolism than the rest of us. (For the record I made him a round chocolate cake with real chocolate frosting.)

Sometime during the 15th century German cake bakers had the idea to expand from weddings (which have their own interesting history rooted in ancient Rome), to birthday cakes. What better way to increase cake sales than transition from once in a lifetime events to annually recurring events applicable to everyone?

The bakers initially marketed the cakes towards children. Filling in the history gaps I would guess this was also another brilliant marketing move. People would undoubtedly be remiss to celebrate themselves on par with the Gods (or God by this time in history when Christianity was going strong) but children were long considered a gift from God. So of course it would be ok, nay encouraged, to celebrate them and their lives.

Thus the German tradition of Kinderfest (“child’s festival”) was born. Wealthy families who could afford it would present a child with a cake on the morning of his or her birthday and light it with candles. The candles, of which there were the same number as the child’s age plus one, represented the light of life and wish for another healthy year. Being able to blow them all out in one breath was a sign of healthful vitality. The catch was that the child wasn’t allowed to blow out the candles and eat the cake until the evening! (The family would replace the candles throughout the day as they burned down.)

After enjoying cake on your birthday every year as a child would you be ok giving it up later in life? I wouldn’t and apparently human nature hasn’t changed much in 600 years.

The Industrial Revolution Made Sugar, and Therefore Cake, Available to Everyone

I know it’s hard to imagine it but there was a time when sugar was more expensive than gold. Really. And during that time birthday cakes were something only the very wealthy enjoyed.

The Industrial Revolution (1760 to 1840ish) changed all of that. In 1843 a man by the name of Norbert Rillieux created the Sugar Evaporation System. The System (a version of which is still used today to create sugar, sweetened condensed milk, soap, glue, and many other everyday products) is a magical feat of chemical engineering that converts cane juice into sugar.

As basic supply and demand dictates, the price of sugar plummeted when it became more readily available. Suddenly given the opportunity to indulge in a tradition once exclusive to the ultrarich, the common man and woman baked and enjoyed birthday cakes galore.

The rest is history.

Think Twice About Cake on Your Next Birthday

As we’ve learned there’s a lot more to birthday cake than just the role of party dessert. They symbolize health and vitality (a little ironic given they’re loaded with sugar) and there’s a good reason they’re round. While I thoroughly enjoyed my brownie tower this year I must admit I’m inclined to opt for a cake next time.

A chocolate cake with real chocolate frosting because that’s the least unlikable cake.

What about you, are you surprised by any of this birthday cake history? Have you always been a cake lover? Leave a comment and let me know what you think!

Nearly ten years ago, researchers from the University of Southern Brittany published a study in the Journal of Social Psychology that found the aroma of fresh baked bread made people... Hi, I’m Carol and you’ve caught me in my natural state – eating. I’m all about minimizing stress in the kitchen and maximizing fun with the people I care about.
Learn more here. 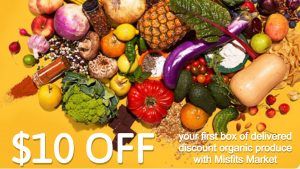 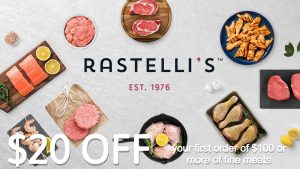 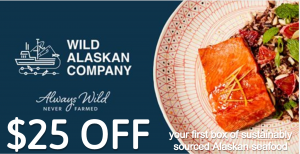